Batang Mahat watershed has a total area of 772.87 km2 with a total length of the main rivers around 44.06 km. With the topographic condition on the upstream side was a mountainous terrain and steep slope relatively into downstream. The problem was can be classified as river siltation, narrowing of the river, and riverbank erosion that has caused flood and threaten a public facilities. Numerical simulations using the application of the HEC RAS model were conducted to determine the capability of the river storage capacity into various discharge values. The results of the analysis show that with the discharge condition Q2 there has been flood caused by the high surface elevation of water that was overtopping of the left and right embankments elevation at the upstream and midstream areas. The water surface elevation will increase with the increasing of flood discharge. River normalization efforts with additional depth and widening of river channel were recommended. 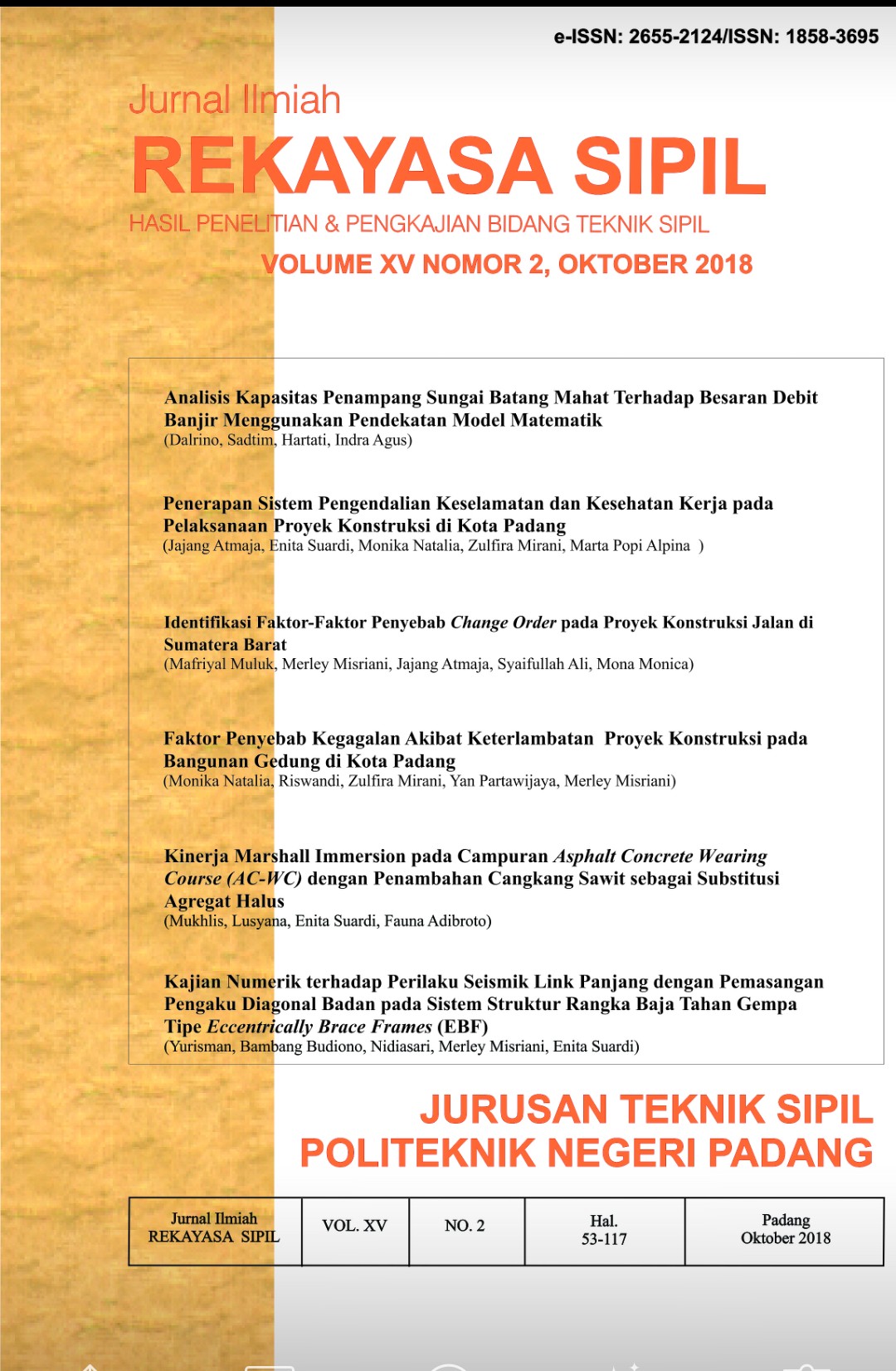