Padang City, the most populated city in West Sumatra, is considered to have one of the world’s highest tsunami risks due to its high and close offshore thrust-fault seismic hazard, its flat terrain, and its dense population, which is mostly distributed along the coast. Current preparation for a tsunami in Padang focuses on developing early warning systems, planning evacuation routes, conducting evacuation drills, and educating the public about its tsunami risk. These are necessary, but insufficient, steps. The natural warning in Padang—strong earthquake shaking that lasts over a minute—will be the first and best indicator that a tsunami is likely to strike. It is estimated that even if evacuation begins immediately after the earthquake shaking stops, more than 100,000 inhabitants of Padang will be unable to reach high ground in less than 30 minutes—the expected time between the end of the earthquake shaking and the arrival of the tsunami wave at the shore. Based on Evaluation of Tsunami Evacuation Infrastructure for Padang, West Sumatra, Indonesia (Veronica, et.al: 2011) concluded, based upon extensive fieldwork, that Padang’s existing tsunami evacuation capacity is grossly inadequate, and that tsunami evacuation structures are essential to protect the people of Padang. To maximize their impact and effectiveness, those tsunami evacuation structures should be locally-appropriate, feasible to build and maintain, and easy to replicate. The M7.6 earthquake that struck Padang on September 30, 2009 confirmed this critical need for tsunami evacuation infrastructure. Although the earthquake did not generate a tsunami, it did cause the collapse of many buildings that had previously been identified as satisfactory evacuation structures. The earthquake also triggered massive traffic jams, stranding people in harm’s way and demonstrating why Padang needs structures that enable more people to evacuate-in-place. Finally, it needs to design new structures to accommodate people to evacuate immediately in place. Pedestrian Overpasses Bridge for Vertical Evacuation from Tsunami (POBET) will work effectively for evacuees who get traffic jam during the tsunami inundated elapsed critical hours. The most reason for POBET need to be design is a prototype for the government to combine pedestrian overpasses bridge with vertical evacuation from tsunami. These evacuation infrastructures consider about less for land use, easy to reach, compatible for any infrastructure purposes. Rely on budget and planning, POBET would design with a smallest amount budget and effortless construction process. It can be replicate by the local government to build in any place in Padang City. 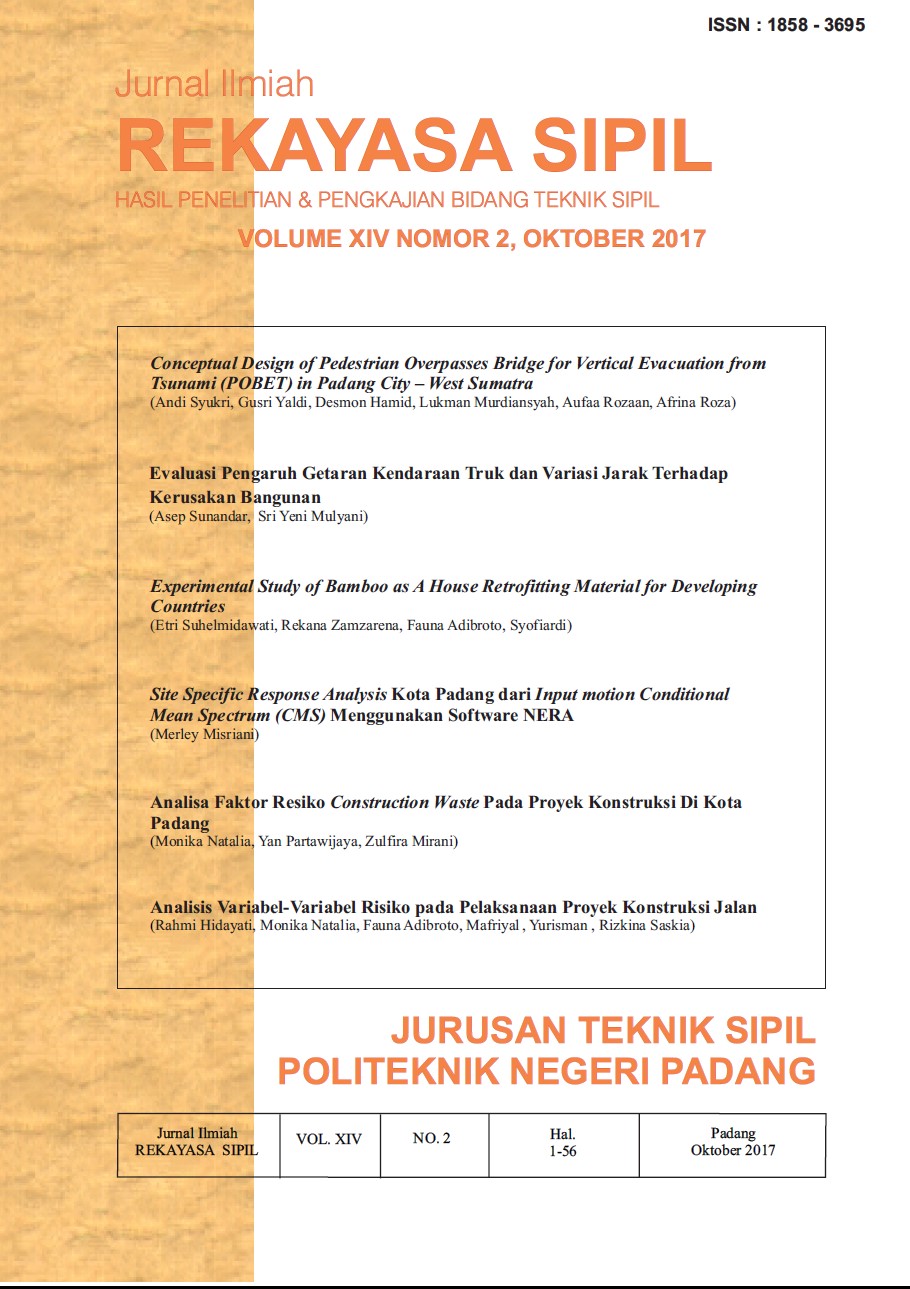