This study aims to see the effect of social capital on the success of entrepreneurs in the city of Padang. The variables studied are network, trust, reciprocity, values, norms and proactive actions that affect the success of entrepreneurship. This research was conducted in 2015 using quantitative methods with correlation and regression analysis with the number of research samples of 58 entrepreneurs in Padang City. Research respondents are entrepreneur who have entrepreneurship at least 5 years and succeed which seen from amount of business profit and number of employees. The results showed that the six variables studied turned out to have the most dominant influence based on Standardized Coefficients beta is the variable trust (trust) that has a beta value of 0.376, then the network variable with beta value 0.366. While the variable resiprocity (0.184), norm (0.187), values (-0.023) and proactive action (-0.046). Limitations of this research is not yet classify entrepreneurship in the field of business so it has not been able to produce research in accordance with the field of entrepreneurial businesses in the city of Padang. 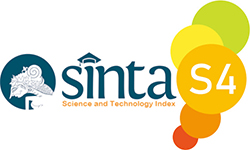