Increasing the financial literacy of mosque administrators plays an important role to increase accountability and transparency in managing mosque finance. It is caused the mosque functions not only as a place of worship but also as a center for social activities of the community using funds originating from the community. Every rupiah of community funds used must be accounted to the community. Therefore, the existence of accounting used in the process of recording and preparing mosque financial reports is very vital. This Community service is held at the Imaduddin Mosque, which is one of the educational reference mosques in Padang. All this time, the mosque administrators managed funds in a very large amount. However, the management of these funds has not been supported by adequate financial recording and reporting, which make dissatisfaction to the funders. This is due to the limited competence of HR management and  lack  of  understanding  about    recording  and  financial  statements.  To  solve  this problems, training will be provided for recording and preparing financial reports and simple applications for preparing financial statements. The  output  of   this  community  service  is   to   increase  financial  literacy  and  to   train  mosque administrators in recording and preparing financial reports. The approach offered to the partner is workshops and financial report training for non-profit organizations using Microsoft Excel. It is alsoproduced a financial report preparation module which can be guided by the mosque management. 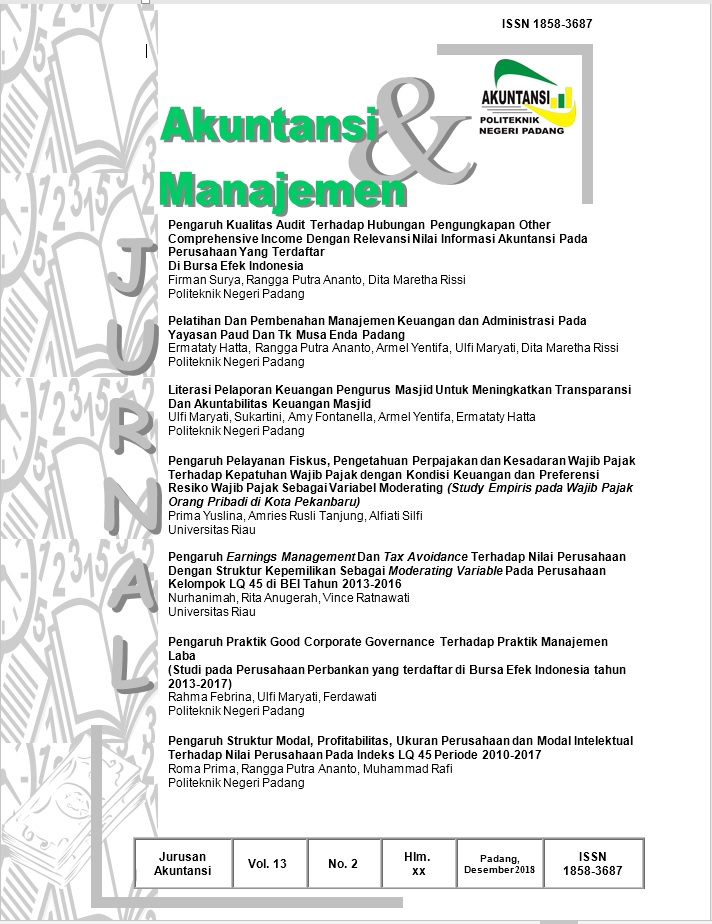